You've found the best Philips Hue app for Windows 10, Mobile and Xbox One

Now available on iPhone and Android 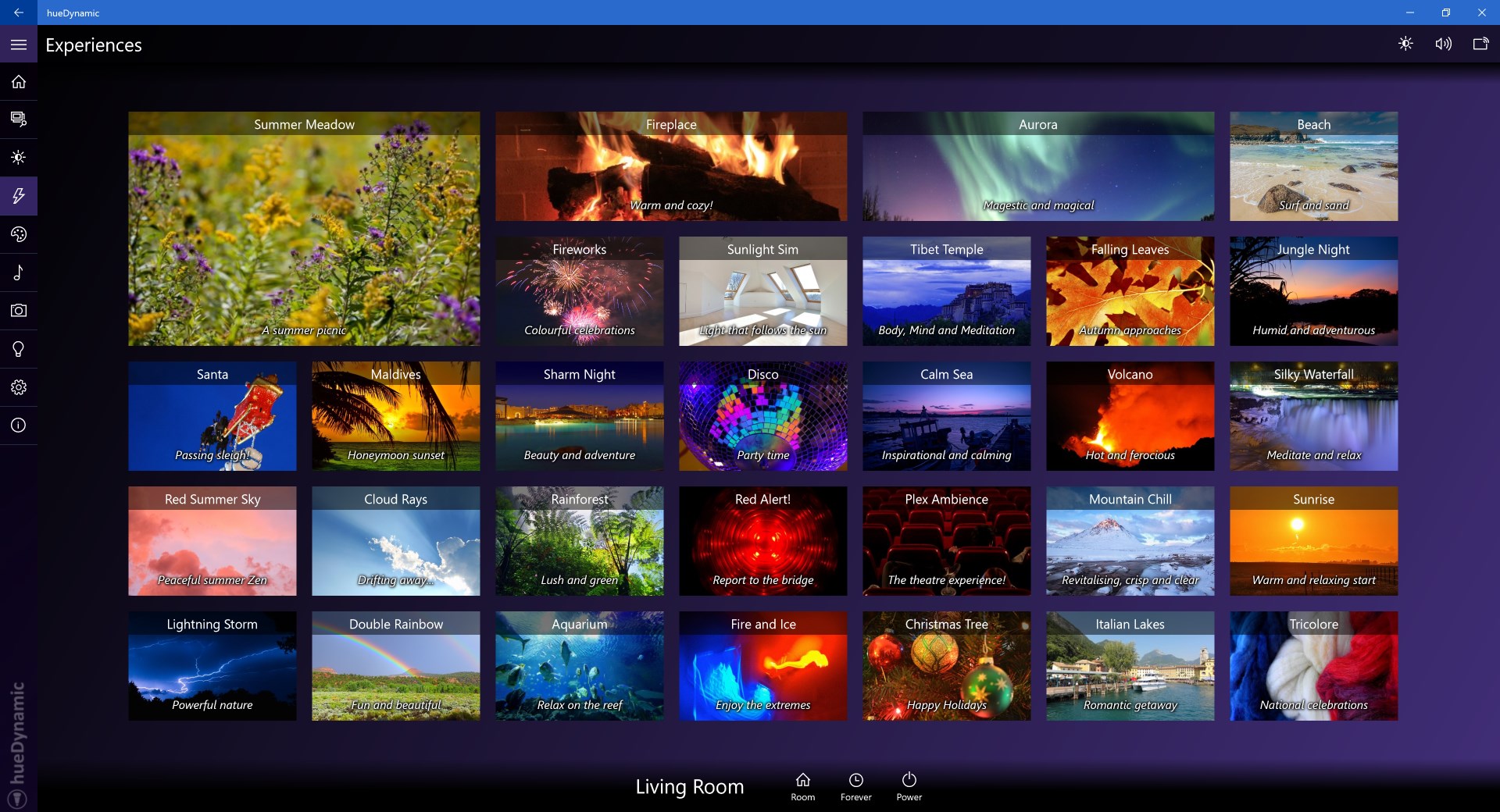 Feel energized or relaxed with professionally designed experiences combining light and sound. Over 40 mixable and dynamic scenes with simple room and lighting group control, such as mountain chill, fireplace, jungle night, fire and ice, rainforest, fireworks and many more!

Have the ultimate party with multiple advanced sound to light disco modes. Adjust strobe, intensity, hue and more! The best on Windows 10 and supports anything you play on your device, i.e Spotify, YouTube etc – No mic required! Fully supports the ultra low latency Hue Entertainment API.

See it in action 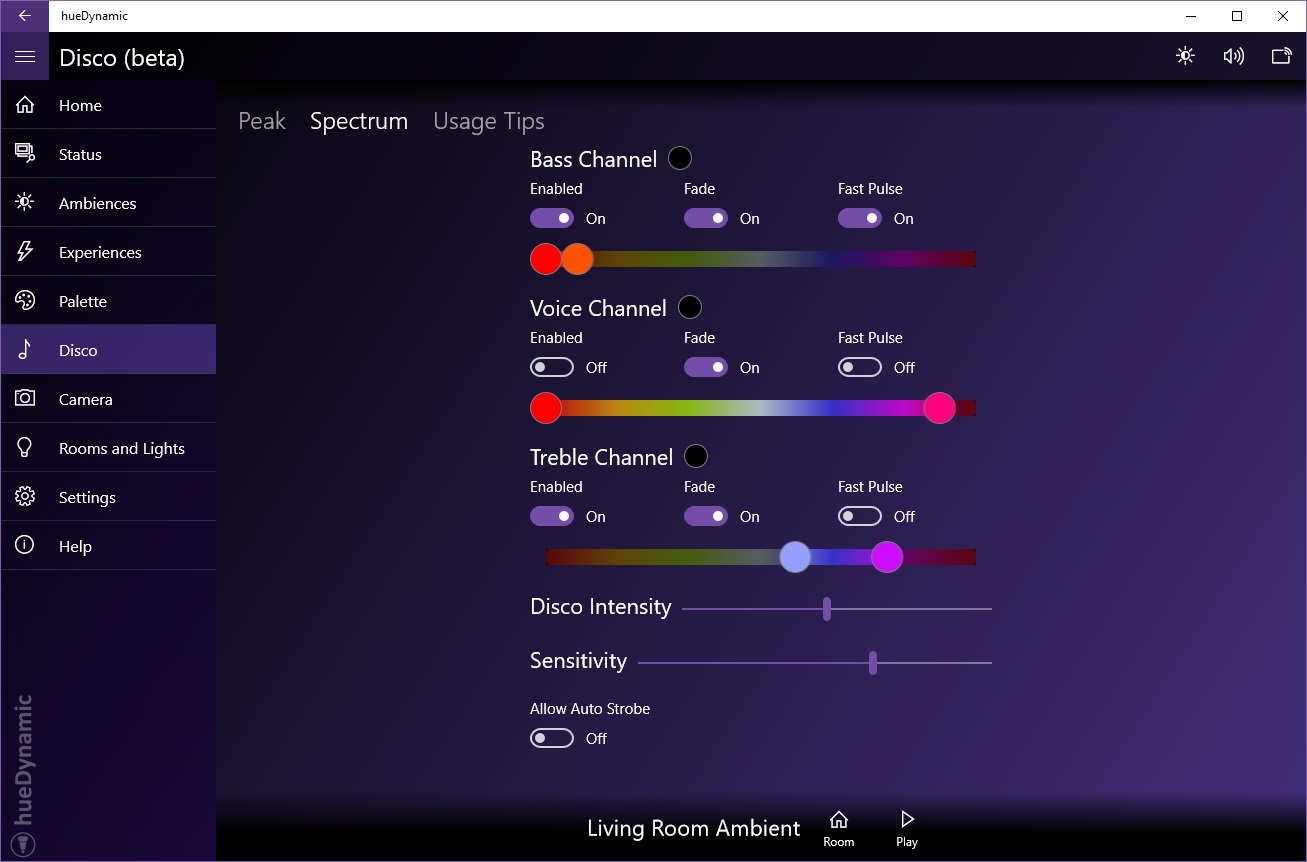 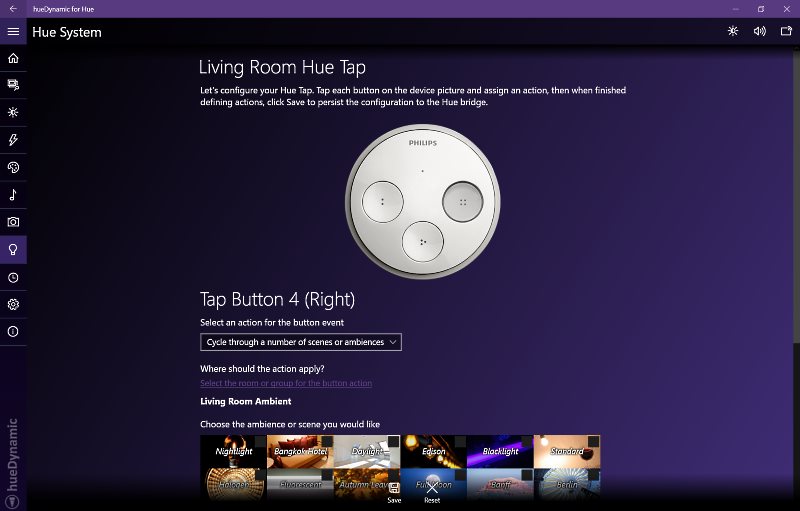 Did you know that your Philips Hue dimmer switches, and Philips Hue Tap devices can do so much more than what the official Philips Hue app offers? hueDynamic offers many advanced actions that are just not possible with other apps, allowing you to break free from your computer and mobile and make your smart home more “guest friendly!“.

Create your own custom photo ambiences and enhance the colors with our “Tweaks!”. Photo ambiences are stored on the Hue bridge with our OmniScene technology, meaning you don’t have to recreate the ambience for different rooms. Not only that, they are accessible from all your devices – the only app on Windows 10 to have this functionality! 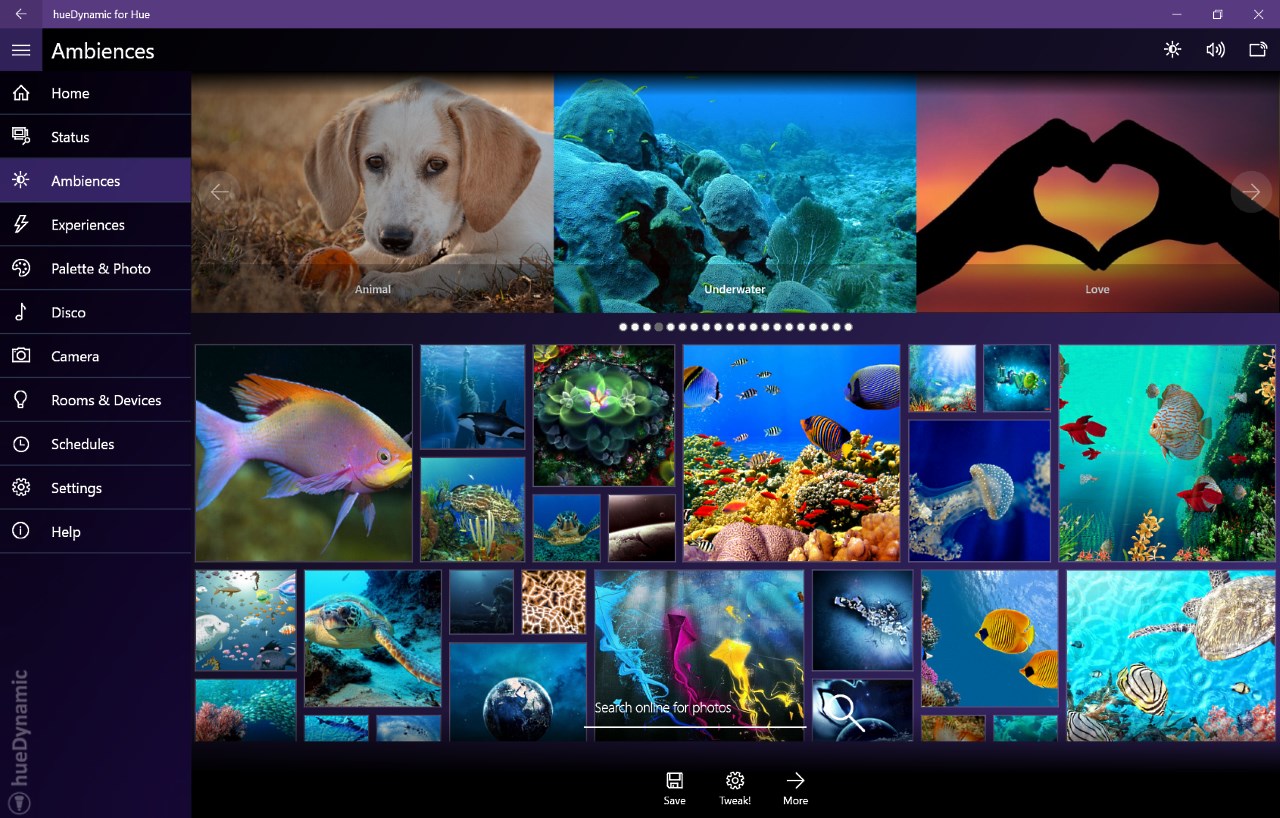 Quickly create the perfect ambience for any occasion using hueDynamic’s online Philips Hue scene gallery. Categoried for swift navigation and with manual search, a single tap allows you to import the perfect scene to your Hue bridge.

We also love different types of hue lights, such as White Ambience and Phoenix, Osram and Dresden. We convert colors to appropriate color temperatures for lights that don’t support color in real-time. Craft your own color palette for quick access. Other apps don’t go the extra mile as we do!

... and loads more great features, such as

... and YouTube! Our disco mode can use peak or advanced FFT multi-band analysis. We use output device loopback sampling for the lowest latency light show of any app!

Control your lights with simple commands, such as "Hey Cortana, lights off in the kitchen." or "Hey Cortana, start fireplace in the living room for 20 minutes".

We display the current temperatures from your Hue motion sensors inbuilt thermometers on the app home screen. Keep tabs on the temperature changes around your home.

Why not try hueDynamic for free right now?